DAYS OF EUROPE: A meeting of the Council of the “Odessa Association of Nationalities” 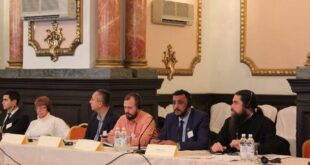 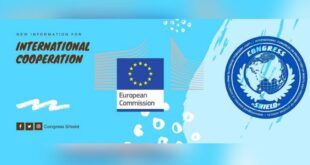 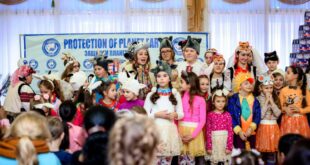 On May 14, 2021, as part of the celebration of Europe Day in Ukraine, a meeting of the Council “Odessa Association of Nationalities” was held in Odessa Mary. In which Daher Saleh Muhamed took part and made a speech, honorable guests took part in the meeting of the Council: Deputy Minister of Foreign Affairs of Ukraine Vasily Bodnar, Chairman of the Odessa Regional State Administration Sergey Grinevetsky, Chairman of the Odessa Regional Council Grigory Didenko, representatives of the diplomatic corps and national-cultural organizations. Mayor Gennady Truhanov noted that interculturalism is the basis of the mentality of the region’s inhabitants and drew an analogy between the Odessa association with the UN international organization: both organizations have common goals and promote the same values ​​- peace, security, development of cooperation between peoples and states. One of the priority tasks of the Council is to help improve the ethno-national and ethnopolitical situation. An expanded meeting of the Council, with acquaintance and exchange of contacts, is designed to promote further cooperation and solution of problematic issues, brings even more positive results for the development of Odessa and Ukraine as a whole. “Together we provide conditions for the development of the diaspora, the realization of the rights and freedoms of their representatives. And also contributing to the development of languages ​​of different nationalities, and, of course, the study of the state language “, – said Gennady Trukhanov. I greet the participants of the meeting, Deputy Foreign Minister Vasyl Bodnar stressed that Odessa is an example of tolerance for the whole of Ukraine, and also noted the importance of unification in the formation of Ukrainian legislation and international relations. So, at the moment, the committee of the Verkhovna Rada of Ukraine is preparing a bill on national minorities and the recommendations of the “Odessa Association of Nationalities” will be useful to the working group. Previous International Congress “SHIELD” in Odessa held a children’s holiday in honor of the International Children’s Day
Next Daher Saleh Muhamed, was elected to the new composition of the public council under the Odessa Regional State Administration. 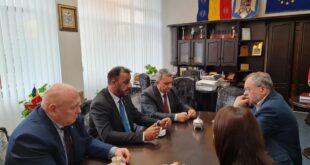 Romania, in the city of Vaslui, an official meeting was held between the President of …