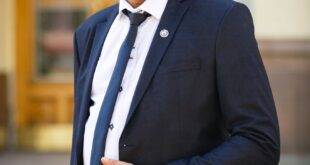 Shield International Congress for the Preservation of Human Rights and Freedom 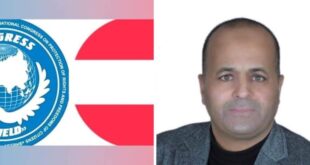 The Shield Organization appointed a. Hedi Bousnina, WHO Commissioner-General, to the Republic of Austria. 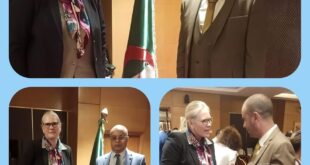 The Commissioner-General of Africa meets the Ambassador of the Kingdom of Norway in Algeria. What the world is witnessing now is a dangerous and decisive turn that threatens the security and stability of the universe and humanity after the forces of evil and tyranny dominated it, forces thirsty for bloodshed and armed with slogans of justice, equality, and freedom. To intimidate and threaten the security and stability of other countries.
What the world is witnessing now is the dominance of the language of violence and force, where the language of threats and threats of war and the use of internationally prohibited weapons has become the dominant one, and it has become, in the eyes of the leaders, the most successful way to resolve all disputes.
The current world order has failed to establish global peace and security with its international institutions.
We are in dire need of a just and deterrent global force that defends legitimate human rights and guarantees freedom for all without regard to nationality, gender, color, and belief, to reach common human denominators that would protect the world from the repercussions of conflicts, chaos and terrorism and to solve all chronic international problems.
The whole world is in dire need of establishing a new international order based on justice and equality between peoples and nations in which human dignity is preserved and in which everyone enjoys security and stability, a system that consolidates the values ​​of peace, dialogue, coexistence and development and keeps the principles of international respect and non-interference in the internal affairs of states.
We must all work for a world where everyone enjoys the human rights guaranteed in the Universal Declaration, implement all resolutions issued by the Security Council, and bound states.
Respecting human rights, especially in countries where armed conflicts abound.
We are now in dire need of maintaining international peace and security because they are
The most important foundations and most prominent rules on which the edifice of humanity, civilizations, and the progress of societies are built
Dr. Saleh Daher
President of the international congress of protection of the rights and freedoms of citizens shield

Previous The International Congress SHIELD comes out with a profound condemnation of Iran’s participation in Russia’s brutal war against Ukraine,
Next The Commissioner-General of Africa meets the Ambassador of the Kingdom of Norway in Algeria. 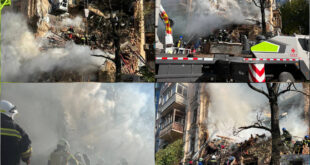 The International Congress SHIELD comes out with a profound condemnation of Iran’s participation in Russia’s brutal war against Ukraine,